skip to main | skip to sidebar

The Eastleigh by-election result, as told in GIFs

Many people have been asking me about my verdict on Eastleigh by-election result, especially due to my exercise in UKIP baiting the other day.

Rather than go through a long winded post again about a by-election making points already made by my colleagues across the media, I thought I'd turn to my sadly neglected personal blog. I feel my views can be better represented in GIFs of the other person to win big this week and became an international darling in the process, Jessica Lawrence.

When I try to think of something witty and original to say about Mike Thornton:

When UKIP tried to act like they are an unstoppable force in politics and 'coming in second is like coming in first' when they beat the 'Sarah Palin' candidate of a governing party which is widely despised by the electorate.

And failed to beat the party where the outgoing MP is about to be sentenced for perverting the course of justice, the former chief executive is engulfed in a sleaze/sex scandal and the leader is accused of lying.

Seriously, even George Galloway has won an election with Respect.

It can't be that hard.

Whenever Maria Hutchings opened her mouth.

When Labour try to justify their result, saying they weren't going to win anyway.

Thanks to London Grumblr for the gifs.

A freelance journalist's personal blog.
For her other (more serious) work check out:


Back to the main blog 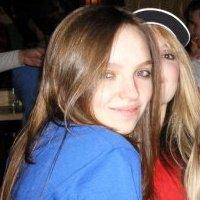